Kratom, scientifically known as Mitragyna speciosa, is a tropical evergreen tree originating in Southeast Asian countries such as Thailand, Malaysia, Borneo, Indonesia, and Papa New Guinea. Kratom belongs to the Rubiaceae family, which is the same family as coffee and gardenia. Each batch varies in alkaloid content due to geographical location, environmental conditions, natural variances, and harvest times. This is why kratom is sometimes thought of as a “fickle” plant amongst kratom users.

Red Maeng Da Kratom originates from Thailand, and the name is a slang Thai term meaning “pimp” or “pimp grade.” Our kratom, as well as all kratom sold in the U.S., comes from Indonesia. Red Maeng Da is cultivated for its high mitragynine and 7-Hydroxymitragynine (7-HO) levels. Typically, red-vein Kratom leaves are harvested for Red Maeng Da. The longer drying time makes Red Maeng Da more potent and complex, with most batches testing, on average 1.2% mitragynine, and can go up 1.5% depending on the season.

How to use Red Maeng Da Kratom

There are multiple ways to use Red Maeng Da Kratom. Traditionally, in Southeast Asia, the leaves are consumed raw by chewing on them for a few seconds, then spitting them out. Most commonly, people brew the leaves into teas. Since raw, fresh leaves are hard to find in the U.S., the most common way of consumption is in capsule or powder form.

Some people use the “toss and wash” method, by putting a spoonful of powder directly in their mouth and washing it down with liquid. Mixing it with food such as apple sauce or ice cream is also popular. We suggest combining it into drinks such as smoothies, chocolate almond milk, or orange juice.

The Red Maeng Da Kratom powder can also be brewed into a tea by putting 1 tsp of powder into a teabag and steeping it in 2 to 4 cups of boiling water for 30 minutes.

The effect of Red Maeng Da will depend on the serving size. Many users experience a calming effect, a sense of tranquility, better well-being, and a clearer mind. Because of the higher mitragynine levels, Red Maeng Da can be taken at a smaller serving size than other red strains of kratom such as Red Borneo, Red Bali, or Red Horn kratom. In American “kratom culture” red strains such as Red Bali and Red Maeng Da are often associated with evening use (“red before bed”).  While many people use kratom for its purported health benefits, it’s important to always consult with a healthcare professional before using kratom, especially if you use prescription medications.

Red Vein Maeng Da Kratom is a hybrid. It originated in Thailand with a group of farmers that crossbred two parent strains from the same family which resulted in a much potent strain that has a more concentrated alkaloid content. The created hybrid is much easier for the body to absorb which makes the effects hit faster and stronger.

This strain is especially distinguished by the locals as a supreme beverage that is served to special guests. By tradition, they have used its restorative properties, relief, and also for recreation. The Red Maeng Da strain may be distinguished from others by the color of its powder after the crushing procedure. It gives off a very dark green pigment and has a dynamic aroma that perfectly suits its potency.

Research into the different strains of kratom has revealed that Red Maeng Da contains a significantly higher amount of mitragynine, 7 hydroxy mitragynine, and mitraphylline. These are responsible for the strain’s potential efficacy in providing energy and potential regulation of emotions. This also means that you might not need to take large amounts to get your desired effect. 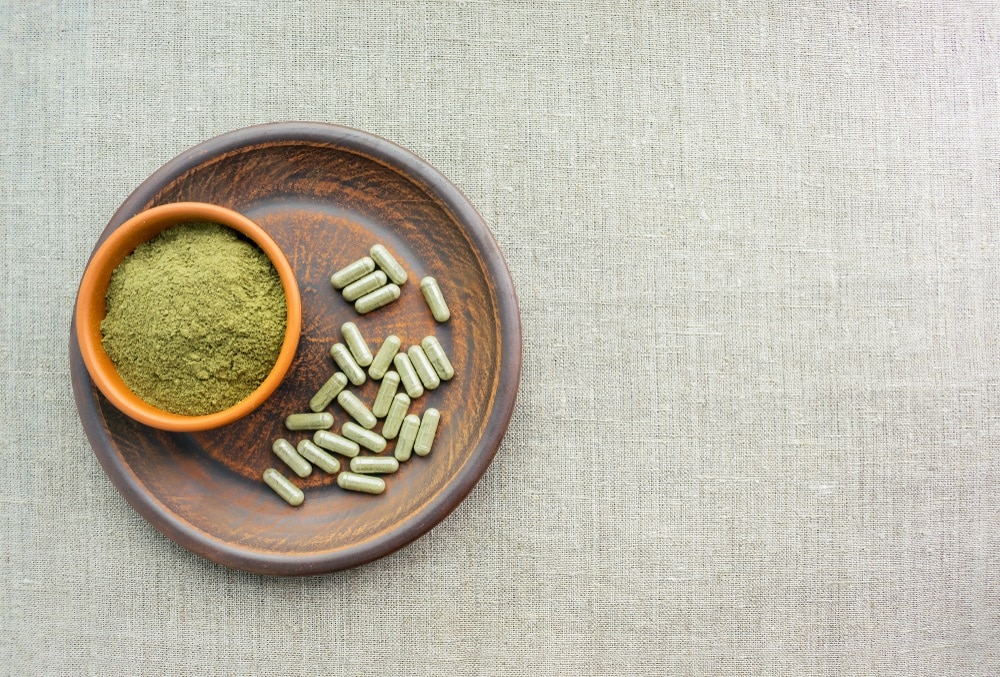 Cerebral aptitude – The cerebral effect of this strain was first considered as hype when the West first began to use it. Users gave raving reviews about its potential effects on focus and cognition.

Energy enhancer – Aside from a potential increase in productivity because of its effect on the brain, Red Maeng Da might also make you feel more energized. This might allow you to work longer hours without the usual fatigue that you’d feel from the same load. While most reds are known for their potential sedative effects, the boost you might get from this strain is sometimes comparable to a cup of strong coffee.

Body relief – The potential strength of Red Maeng Da cannot be overstated. Those that are looking for comfort from physical distress might find relief in using it. When taken in proper dosing, it might ease the aches and allow you to go back to normal functions, naturally.

Mood booster -When the body and the mind are at peace, they can work properly. The cherry on top of all these effects is a potential heightened sense of happiness and optimism. Red Maeng Da  might help many that struggle with emotions or it might be used simply as a potential pick-me-up for stressful days.